Pulling more Lost Planet 3 screens together! Heres some shots from directly out of Unreal of a level called Extraction. The level was built Cam Kleven and myself. We both did lighting and effects placement and we ended up modeling a lot of stuff for this one also (mostly terrain, walls and rocks/ice). Lost Planet 3 by Capcom and Spark is out ow for the Xbox 360, PS3 and PC platforms.


I was primarily responsible for building this area and all the mega structures the players get to interact with here. The brief was that it was supposed to be some sort of mining level (hence Extraction) and was the only level that had anything really roughed out past a grey box. It was actually pretty cool because a lot of the large structural areas I designed and built eventually became incorporated into gameplay elements for the various MP modes that were originally just cool stuff I added in for composition, balance, and general radness! First time I saw this map being I was so proud of that! Gameplay! Woot woot! 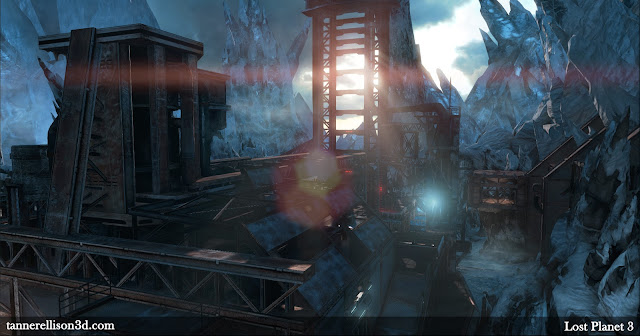 We had an extremely tight budget for perf, so i had to use only a couple sets of assets throughout the map. Turned out pretty sweet anyway! 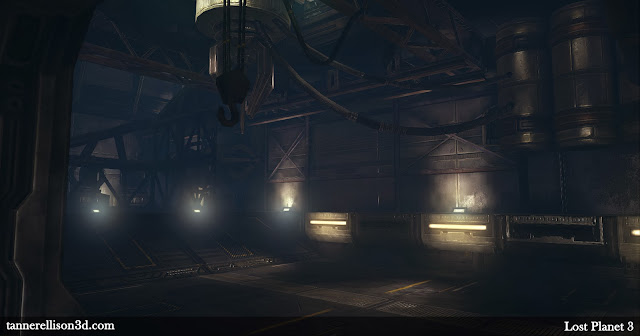 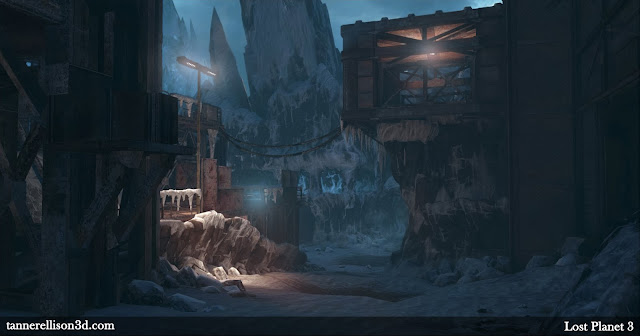 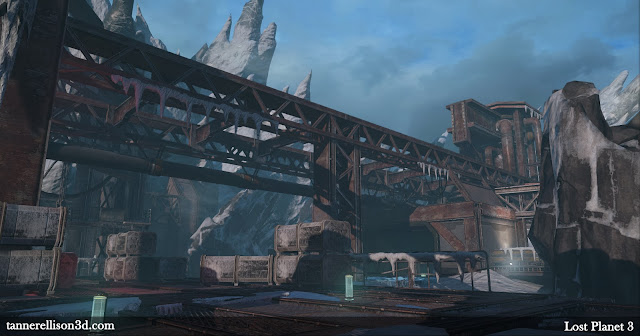 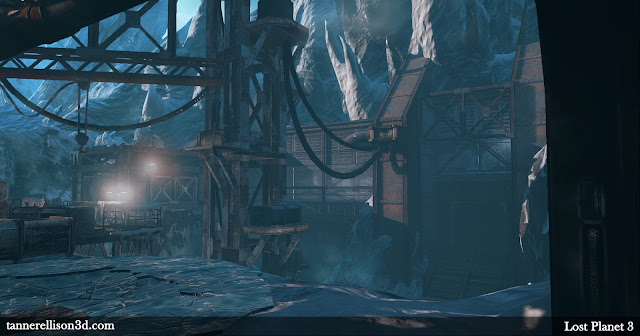 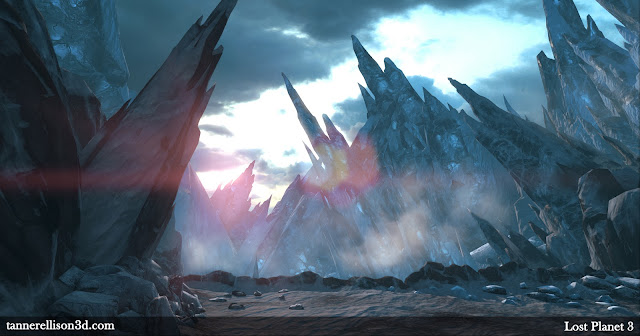 Posted by tanner ellison at 3:30 PM