I think this may have been one of the last characters I created for League of Legends while working at Valkyrie (I did some environment stuff for the updated Twisted Treeline map after this at some point). This character is called Pantheon and has a couple different looks. I sculpted and polypainted a high-poly version of him in zBrush based on some concept art provided by Riot Games. I made a low poly and UVed him in 3dCoat. Then baked out all his maps. Drew Gamble ended up finishing off the texturing and delivering him as I was outta town on a vacation (I think?). Decided to get some nice BPR renders of my high poly work (characters and hero environment assets) from League of Legends! So heres the first one! 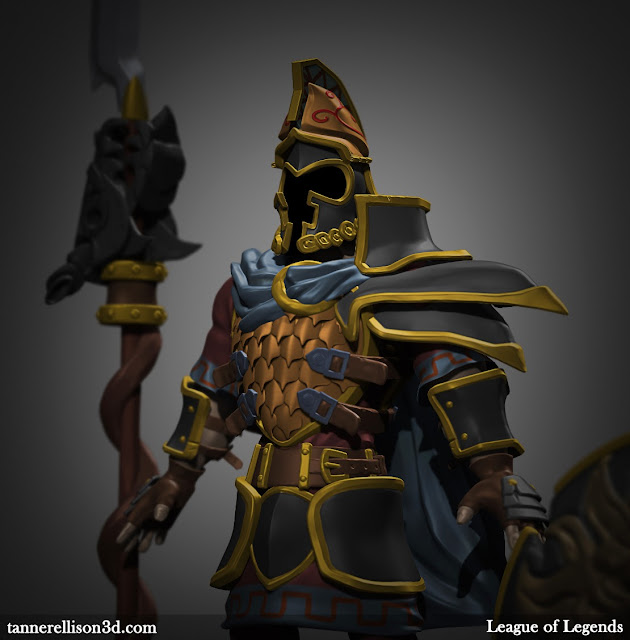 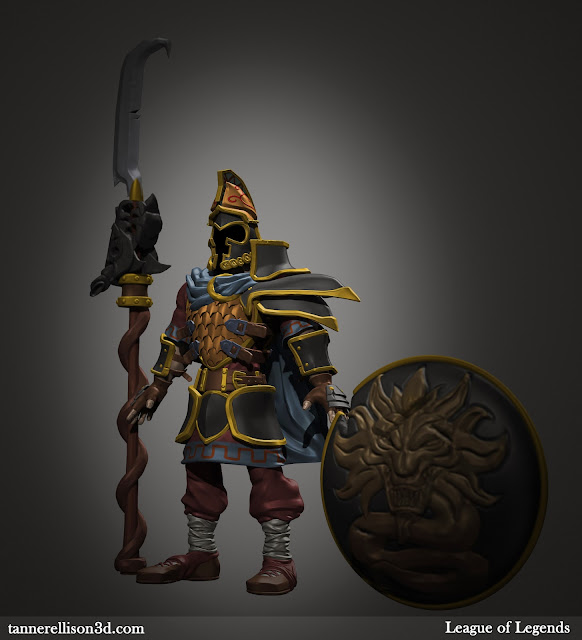 Posted by tanner ellison at 5:12 PM