This was the second or third skin I made for Riot Games crazy popular game League of Legends  (32 million players a month!). this was sculpted and painted in Zbrush initially. I took this sculpt and polypaint all the way to in-game model using 3D coat for the retopo, and xNormal for the bakes then PS for texturing. I think my turnaround for this dude was 6 days. He has a bunch of chainmail in some of the areas that may look a little bland, but I decided to do those in 2d insteads of 3d to save time. I really enjoyed working on the metalhead version of this character and tried to channel Eddie The Head (Iron Maiden mascot) as much as possible! Heres some cool little BPRs outta Zbrush: 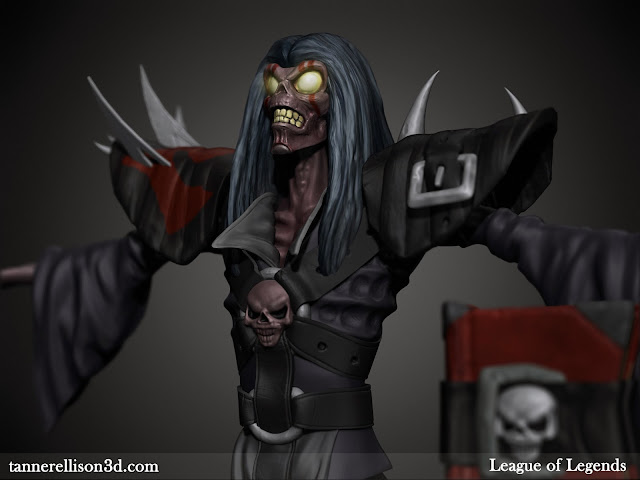 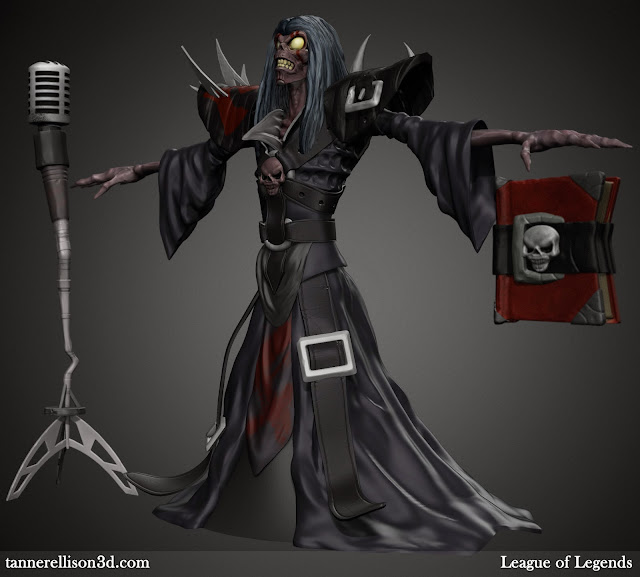 Posted by tanner ellison at 2:10 AM