Gotcha some more screens from Lost Planet 3! These were just screen caps directly out of Unreal Engine 3 (WIP shots basically) and then some from the actual retail game (you can sorta see how the post effects were setup and some changes made by Capcom for gameplay purposes). This is one of the 5 multiplayer levels I worked on originally titled "Research Lab". We actually built a portion of it as an art test for them but ended up having to scrap most of it for performance when we began proper production. The map was created by me and Ryan Kuehn. We both did everything including lighting and FX placements as well as world-building and some design elements. Most of the assets were existing ones from the Campaign that we modified. Theres a couple cool little areas I highlighted in these screens. We built this map based on 2 (I think) peices of concept art and ended up having a lot of creative freedom (which is one of the reasons I loved working on this project!) 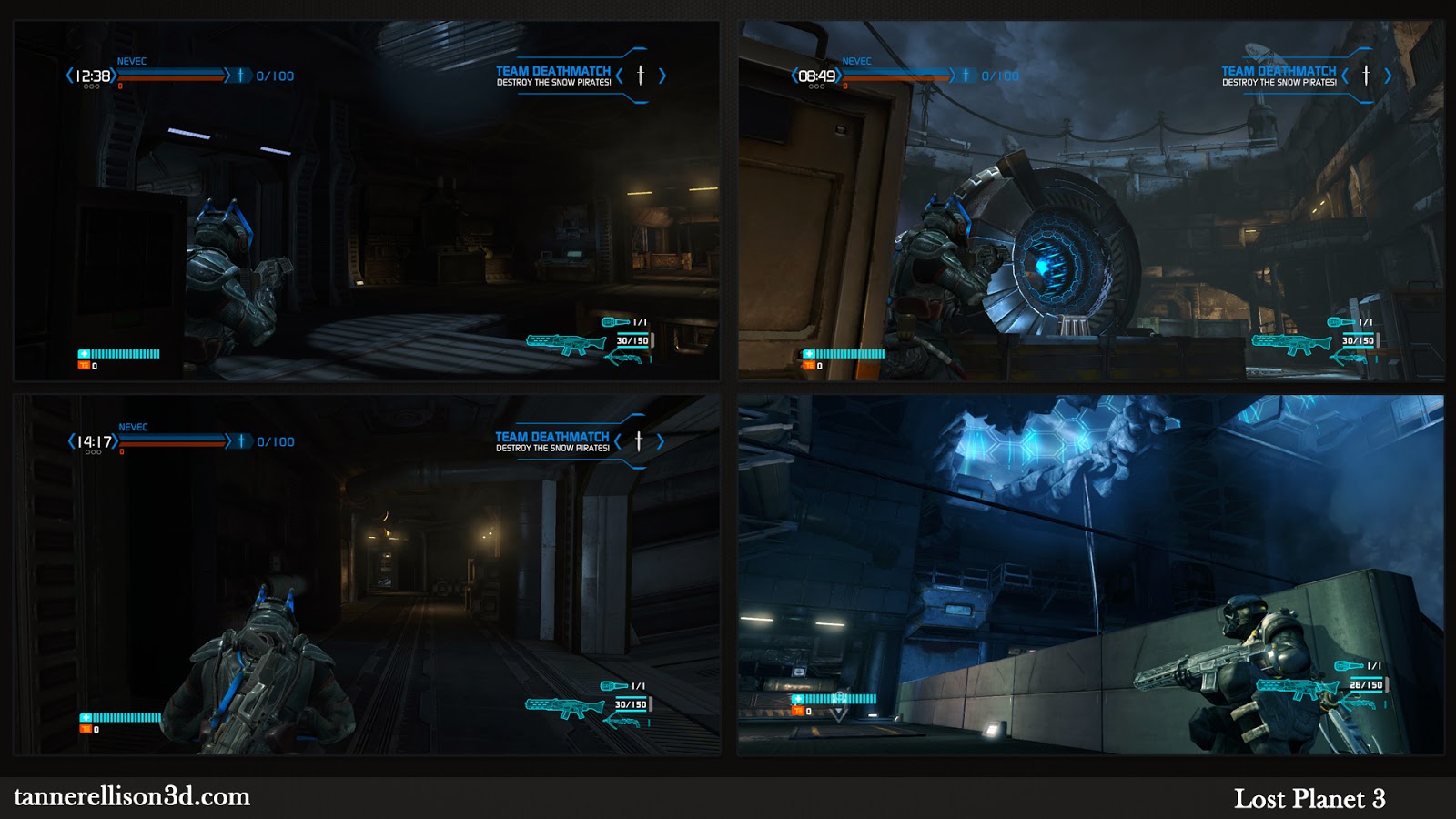 This shot is from earlier in our process. This is the area VKE had originally done as an art test. We had to replace a lot of the cool art that Cam Klevin had made and then try to get it looking good again. You can see tons of tileable textures and the lighting is crazy bright and doesnt have the right color. Still a pretty shot though!

Posted by tanner ellison at 2:52 PM