Somewhere in the middle of production on Forza 5, we were tasked with building a bunch of raceday objects. These were basically the props that would be spread around tracks and would only be present in real life on, you guessed it, RACEDAY! they are used across every single track except the Airfield test track. Our producer was out for several weeks so I got to be team leader on this project. I tracked assets, did all the submissions, reviewed other artists works, assigned assets, did scheduling, and created assets myself. The turnaround on these was crazy! We had basically 4-8 hours on each prop! That included modeling, UVing, texturing, building 4 LODs and materials and making it all look "next-gen". We had close to 200 objects to build between 3 of us. OMG, those were some crazy weeks. Luckily, the other two artist working with me (Jeremy Lanum and Mitchell Stankowicz) were incredibly talented and we developed some awesome shortcuts and techniques to rapidly produce the assets. Below is a handfull of the props I made. I created around 60 total including 9 "pitkits". Its crazy how good some of these look considering we had less than a day for each! 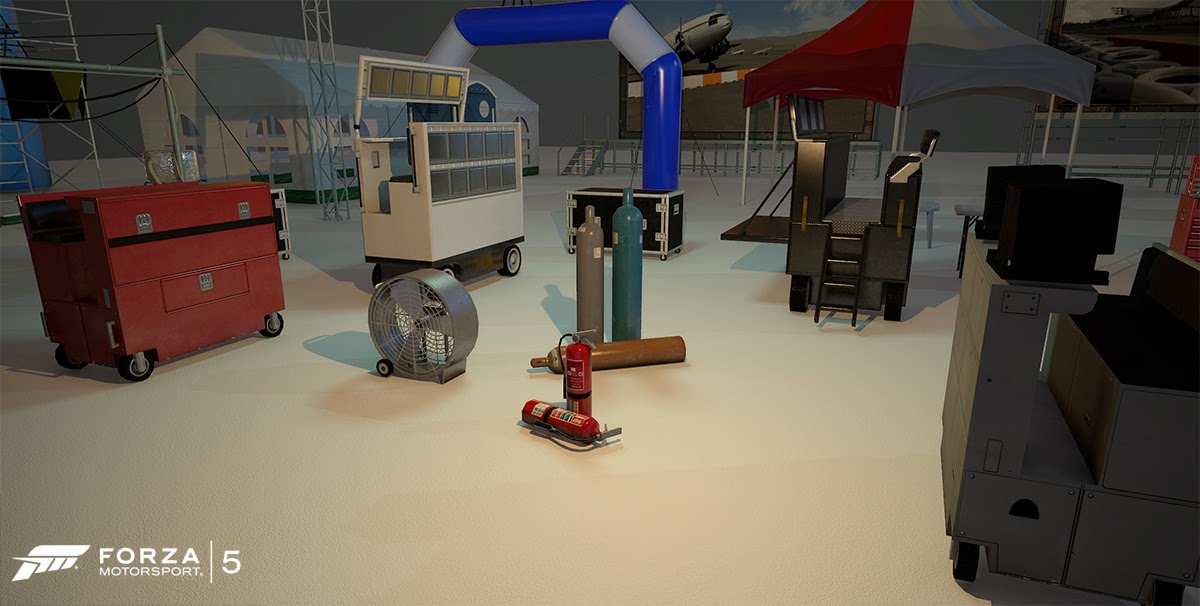 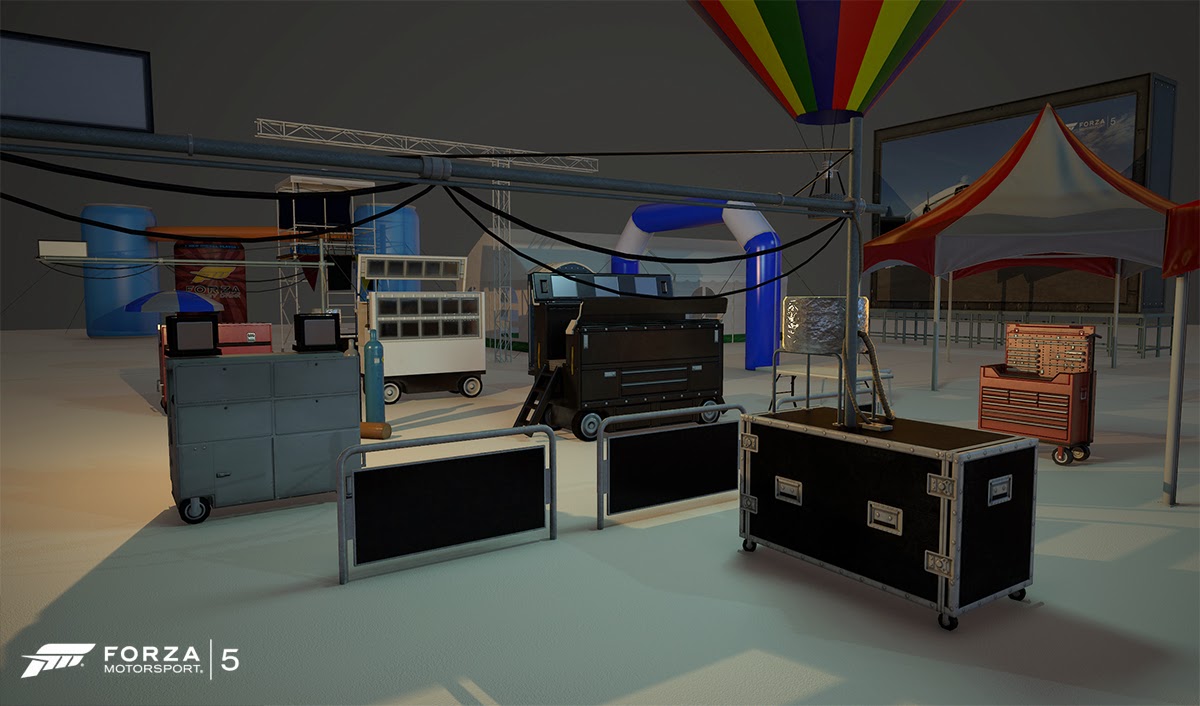 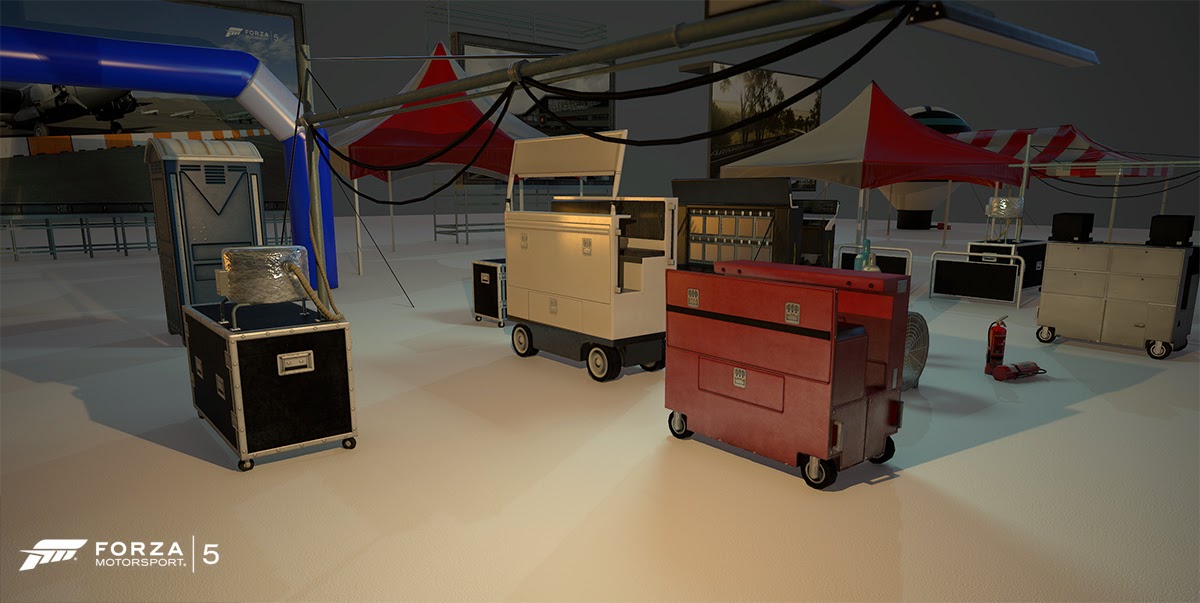 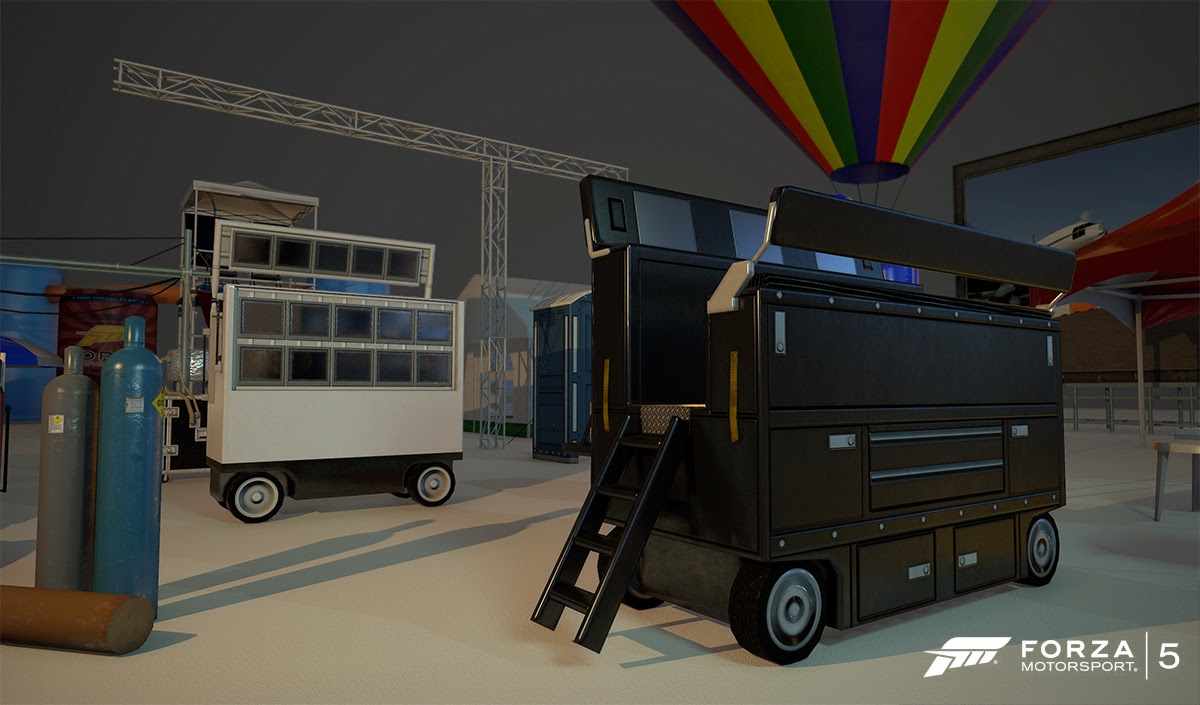 Posted by tanner ellison at 4:28 AM