I think working on the multi-platform title, Batman Arkham Origins, was one of the highlights of my work at Valkyrie. Not only was it diverse and fun work, but I learned a lot and it turned out to be an AMAZING game. I did asset creation, environment art, world building, lighting and some material work. I created several assets for the Gotham City Police Station area and helped create various chunks of the Pioneer Bridge and do revisions on other sections of the bridge. I also did a bunch of work on the Bat-Computer. This asset was started by somebody else at another company but was unacceptable and wouldnt work at all in the Arkham build of Unreal Engine 3. I remodeled almost the entire asset, reUVed most of the asset, baked out and retextured all he monitors/screens and cables, built all the lightmap UVs and built all the materials for it (with the exception of the in-game FX). Its always tough to follow somebody else' work and this particular asset was extremely difficult to salvage. In the end, it looks super tight in the game! Thanks to Mitchel for helping with bakes! I imported all my assets into the engine and set up their materials.

My 2 favorite assets I made for the whole game! Donuts and coffee!!!!!! I also made a bunch of other little things for the Gotham City PD 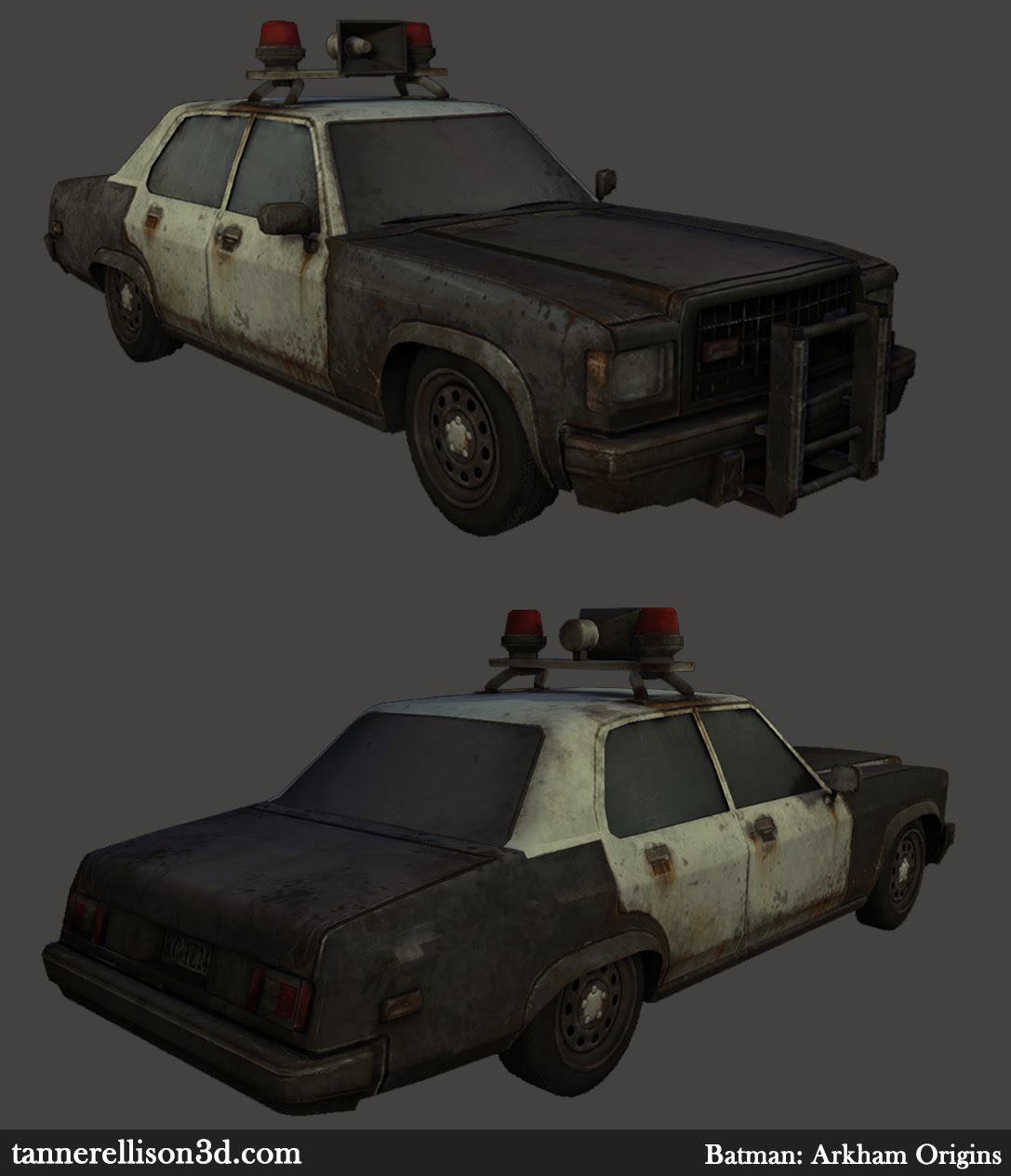 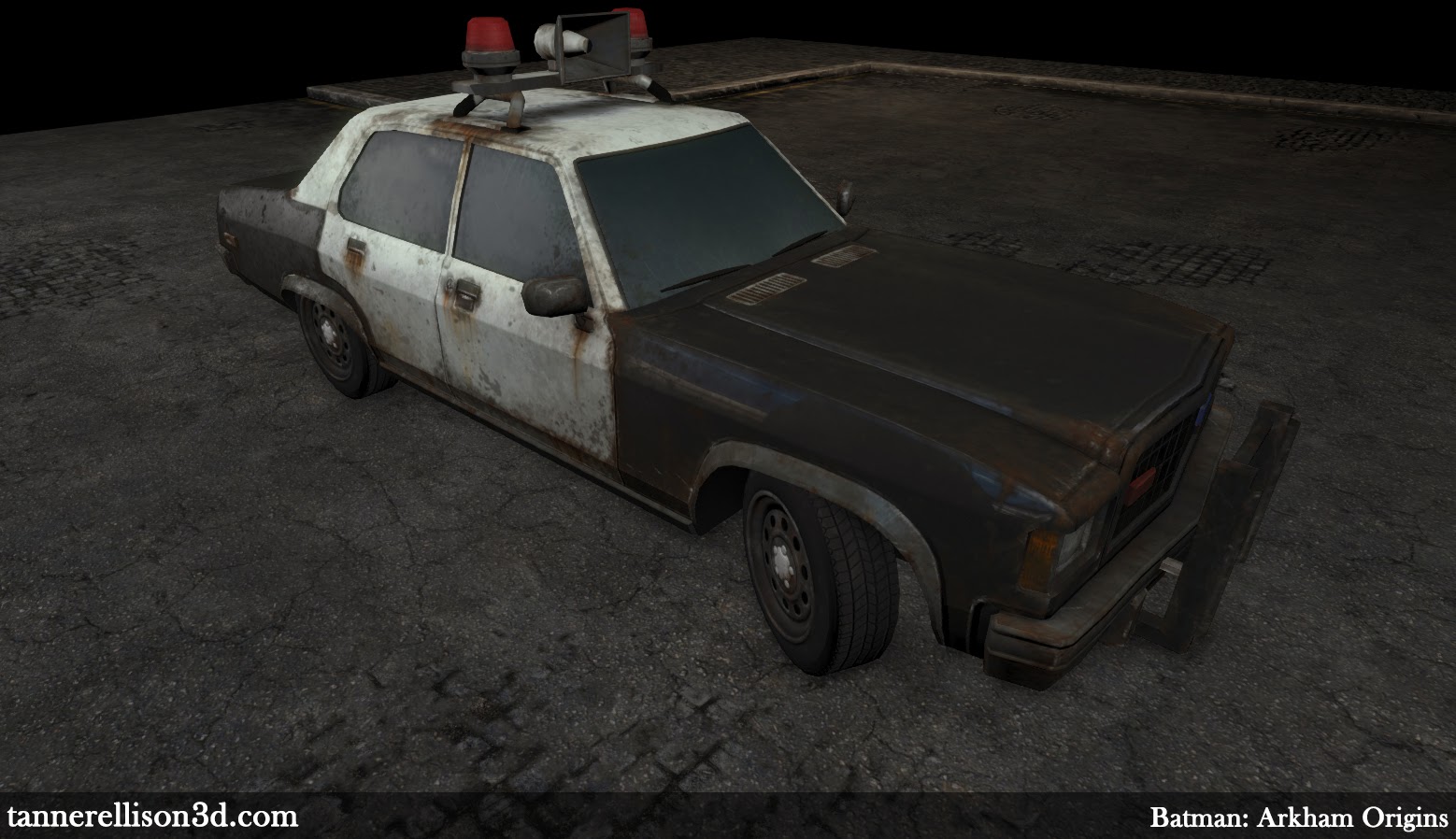 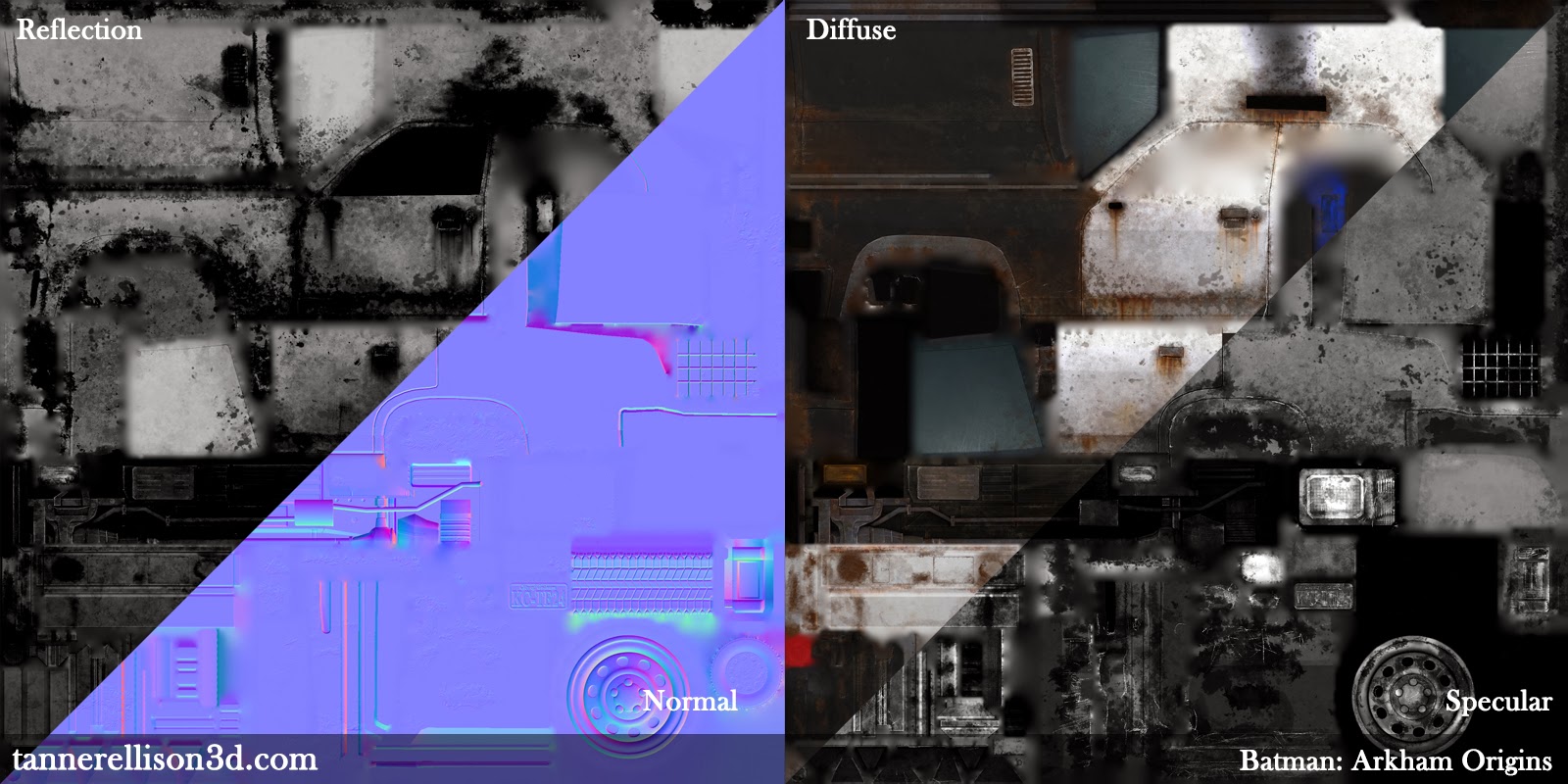 We had to build about 7 vehicles with various skins on some of them. One of my tasks was to build and bake down 2D undercarriages and texture them for all of the vehicles and then also build some 3D versions that could be snapped on if the asset needed to be flipped over in the game world or in a cut scene (cop cars were flipping all the time! hahaha). This first screen is the 2D versions and then a 3D version on the sedan. Some of the high-polys were kitbashed from other models.

My textured and modeled 3D undercarriage

My 2D undercarriage and texture on Jason Rost's semi-truck

The Pioneer Bridge level. I built some random structural elements for the bridge and optimized a lot of the other artists modular chunks for this. I also fixed a lot of the materials and UVs and lightmap UVs, imported art, and built some of the actual level in the engine 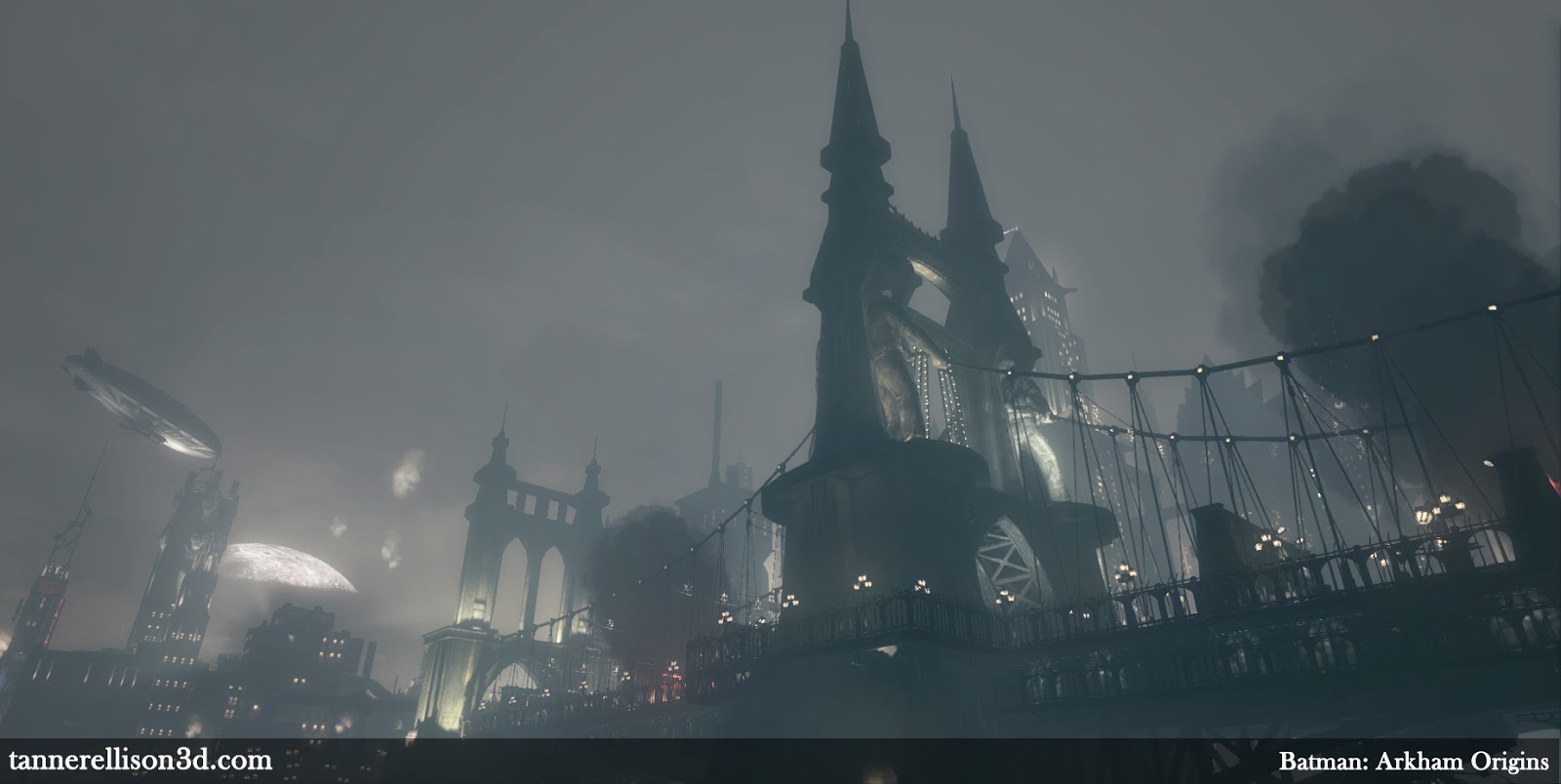 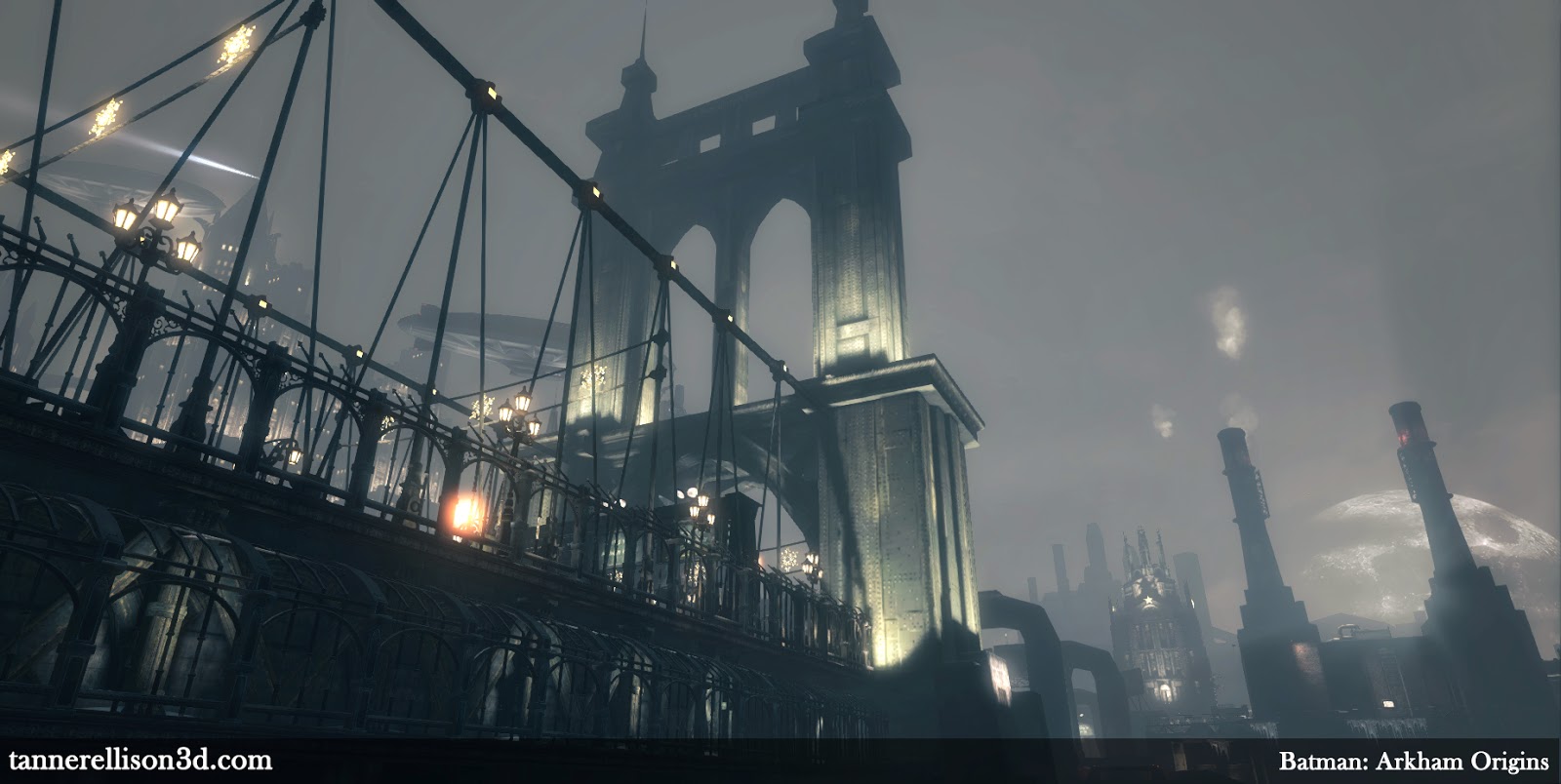 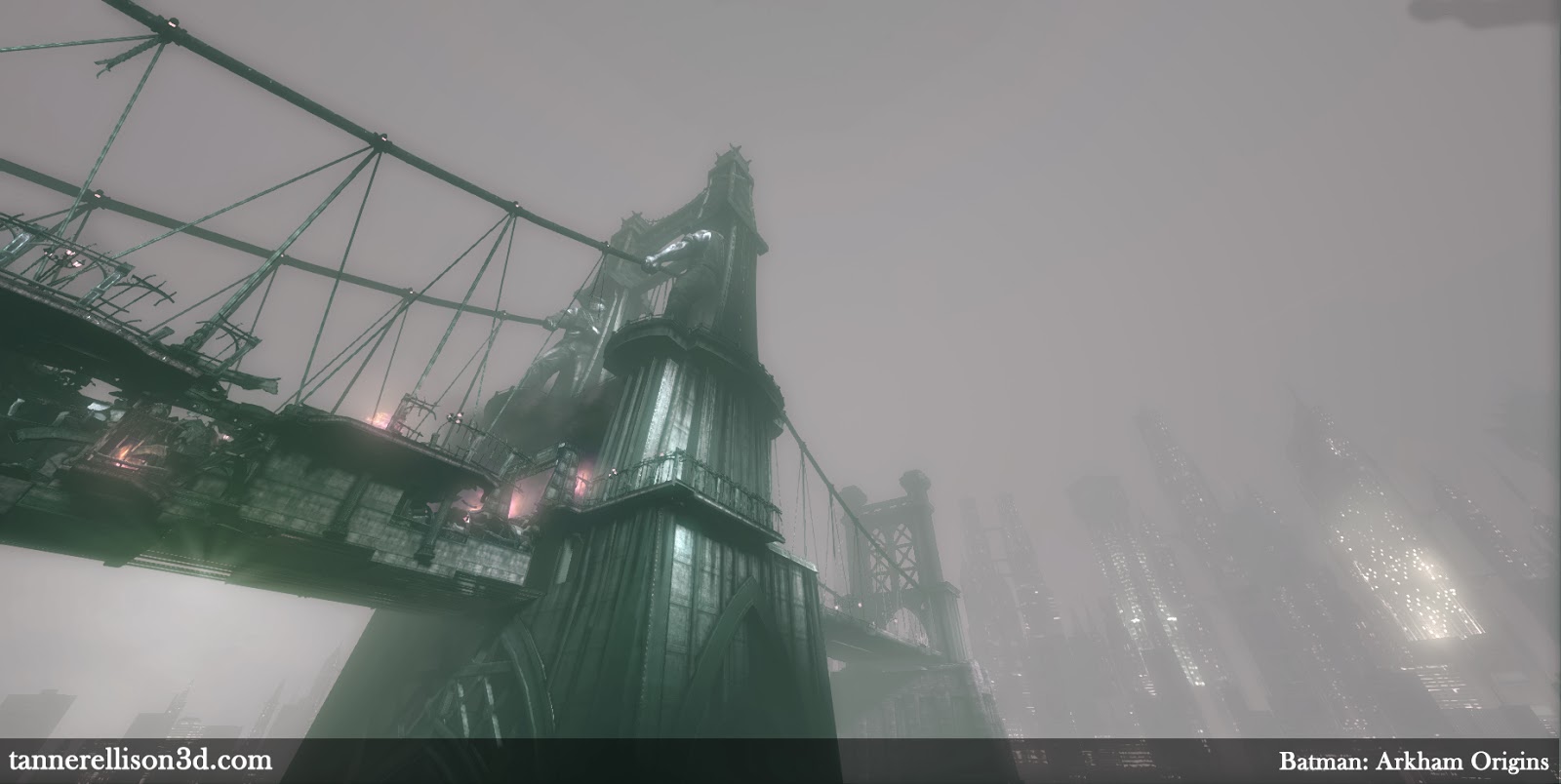 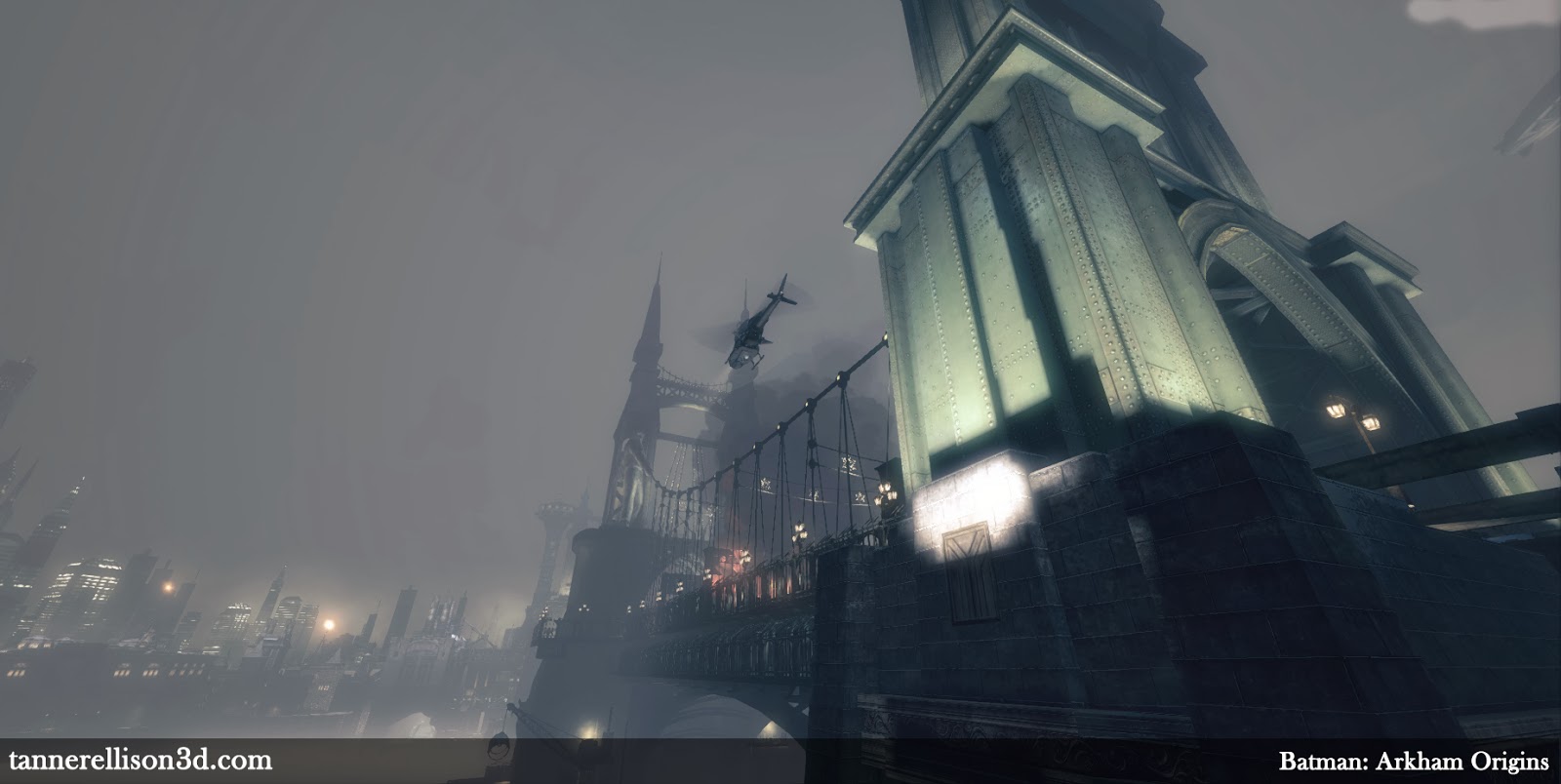 The completed version of the Bat-Computer with all my blood sweat and tears in it (seriously though, thanks again to Mitchel S. He saved my bacon on helping with this one) 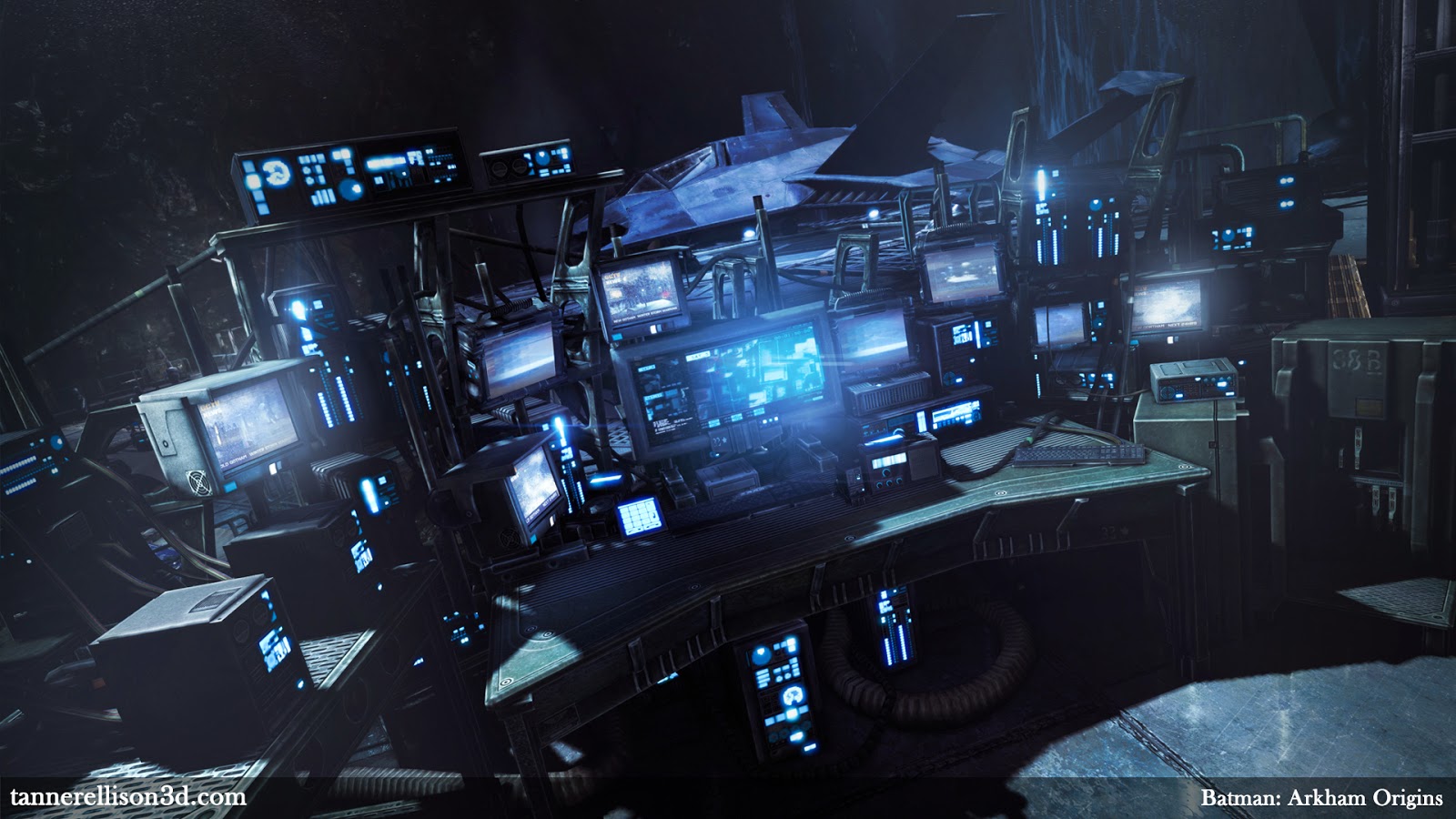 Posted by tanner ellison at 6:08 PM